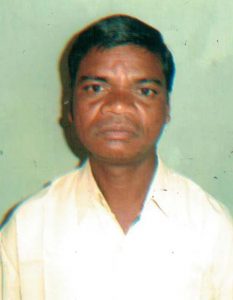 On August 23, 2008, as Hindus celebrated Janmashtami in the Kandhamal district of Odisha state, eastern India, their prominent leader Swami Laxmanananda Saraswati was shot dead. Hindu fundamentalists quickly blamed Swami’s murder on Christians, calling it a Christian conspiracy. This resulted in unabated violence that continued for seven weeks in which 100 Christians were killed, as well as 300 churches and 6,000 houses being destroyed.

During the four-year trial of the accused, hardly any worthwhile evidence was brought before two judges. Biranchi N. Mishra, the judge who presided over the final two years of the trial, was transferred in 2013 before delivering a verdict. In October 2013, they were found guilty of the murder by the trial court, and each sentenced to life imprisonment, by a newly appointed third judge.

Two of the men, Bijay Kumar Sanseth and Gornath Chalanseth were released by order of India’s Supreme Court in July this year. In a travesty of justice these five men, Bhaskar Sunamajhi, Munda Badmajhi, Durjo Sunamajhi, Sanatan Badamajhi and Budhadeb Nayak continue to languish in jail, branded as murderers for a crime they never committed.