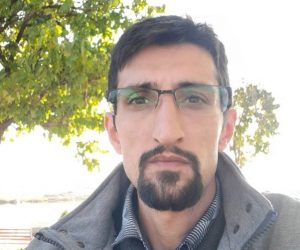 27 September 2020
Ebrahim was summoned to appear before the prosecutor in Rask, near Sarbaz, to answer fresh charges of “insulting the sacred” and “propaganda against the state through promoting the Christian faith”. After listening to Ebrahim for just ten minutes, the prosecutor dismissed the claims against him.

8 February 2021
Ebrahim was arrested again and detained in Chabahar prison in southeast Iran. He had been summoned to court after releasing a series of six videos detailing harassment by the Iranian intelligence services. He later announced that he would begin hunger strike on 13 February and would not eat anything until the latest charges against him were dropped.

16 February 2021
Ebrahim ended his hunger strike after the authorities assured him that he would be released soon and the case against him dismissed. It was reported that he had been moved to a prison in Zahedan, around 650 km north of Chabahar.

27 February 2021
Ebrahim was released on bail, but the charges against him were not dropped.