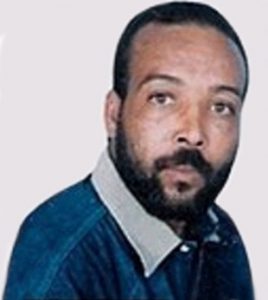 Jamaa Bakrim was due to be released from Prison Centrale, in Kenitra, South Morocco in December 2020, but remains in prison.

In 2005, Jamaa was sentenced to 15 years in prison for setting fire to two unused wooden electricity poles, because they had been out of use for a long time and blocked the entrance to his business. A professor who had known Jamaa since childhood said, “Fifteen years for two abandoned posts, it is scandalous”.

Jamaa, a Berber from southern Morocco, studied political science and law in Rabat. After completing his studies, he travelled to Europe where he became a Christian. In 1993 he applied for political asylum in the Netherlands, but his application was refused and he returned to Morocco when his visa expired.

In 1995 Jamaa spent seven months in jail for ‘proselytizing’. In April 1996 he was transferred to a mental hospital in Inezgane, where authorities ordered that he undergo medical treatments. He was released in June 1996, but the side effects of the psychiatric treatment made it difficult for him to control his hands and legs for a period of time. Two years later he was jailed again for publicly displaying a cross.

Well known Moroccan Christian convert and host for Al Hayat TV, Rachid said of Jamaa, “He shared his faith with people around him. In Morocco, – and this happened to me personally, if you become a Christian you may be persecuted by your family. If you keep it to yourself, no one will bother you. If you share it with anyone else and start speaking about it, that’s another story. He has a zeal about his religion,” said Rachid. “He never denied his faith through all these things, and he even preached the gospel in prison and the psychiatric place where they held him…. they tried to shut him up and they couldn’t.”

“They will just leave him in the prison so he dies spiritually and psychologically,” said Rachid. “Fifteen years is too much for anything they say he did, and Jamaa knows that. The authorities know he’s innocent, so probably they gave him this sentence so they can shut him up forever.”

Brother Rachid asked that “Christians around the world continue to lobby and pray that their Moroccan brothers and sisters stand firm and gain their freedoms. The biggest need is to stand with the Moroccan church and do whatever it takes to ask for their freedom of religion. Our Moroccan brothers and sisters suffer, and we just assume things will be ok and will somehow change later by themselves” Rachid said, “They will never change if we don’t bring it to international attention.”

Please continue to Write on Behalf of and Pray for Jamaa Bakrim.