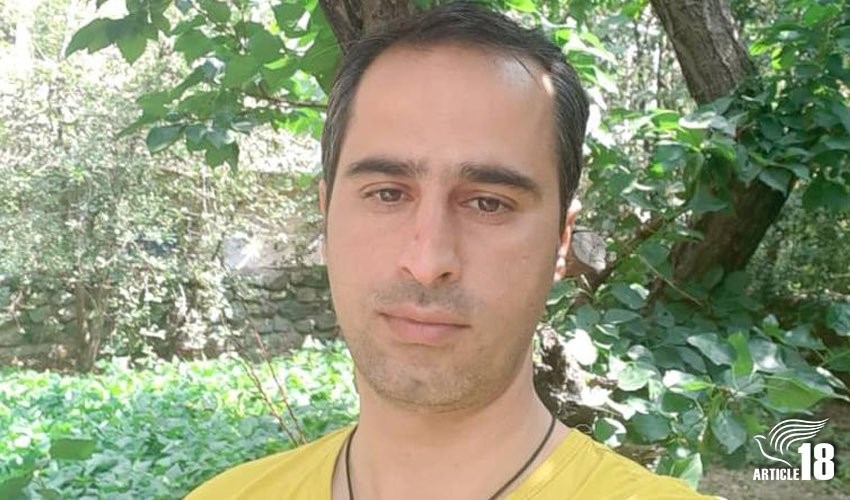 CHARGED WITH:
Propaganda against the Islamic Republic

Please read our writing guidelines before writing to prisoners

Create a print friendly pdf of this profile.

Start your letter with a sample letter in this prisoner’s language:

Reza Zaeemi, 40, handed himself in to the authorities at the Karaj Central Prison on Wednesday, 2 June, after receiving a summons last month.

He initially went to the prison a week earlier, but was told to come back another time, as no judge was available to receive him.

Reza was arrested on the street outside his home on 27 November 2020. He was blindfolded and handcuffed, then taken to an unknown location, where he was interrogated for four hours, before being transferred to a detention centre belonging to Iran’s Revolutionary Guard Corps.

After two days, he was taken to the prosecutor’s office, where the charge of “propaganda against the Islamic Republic” was read out to him.

Reza was then taken back to the Revolutionary Guard detention centre for a further eight days, before being transferred to Ghezel Hesar Prison.

A week later, he was released on bail of 60 million tomans (around $2,750). He was not allowed to call his family for the first eight days of his 17 days in detention.

On 25 January 2021, Reza was sentenced to 18 months in prison at the 4th Branch of the Revolutionary Court in Karaj, but on 25 April an appeals court reduced his sentence by half.

He also faces a two-year travel ban following his release.

Article18’s advocacy director, Mansour Borji, said: “It is quite clear from the charges against Reza that he is being sent to prison only because of his religious beliefs, in spite of the regime’s repeated claims that ‘no-one is imprisoned on account of their beliefs in Iran’.

“We call on the Iranian government to immediately revoke this sentence and to explain why, contrary to its claims, Christian converts and other unrecognised religious minorities continue to be prosecuted and imprisoned for no other reason than their personal beliefs, in violation of the international covenants to which Iran is a party, and also of Iran’s constitution, which states that ‘no-one may be molested or taken to task for holding a particular belief’.”

A second Christian convert was also arrested and sentenced alongside Reza but did not want to publicise his case.

Other Ways You Can Help:

See All Iranian Prisoners of Faith