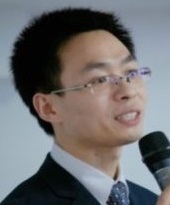 On December 9, 2022, Qin Defu, an elder of Early Rain Church, was released from prison having served his four-year sentence.

Qin Defu was arrested in December 2018 during a mass crackdown on Early Rain Church, and charged with “illegal business operations”. He was secretly tried in November 2019 and sentenced to four years in prison.

He is now back home with his wife and two children.